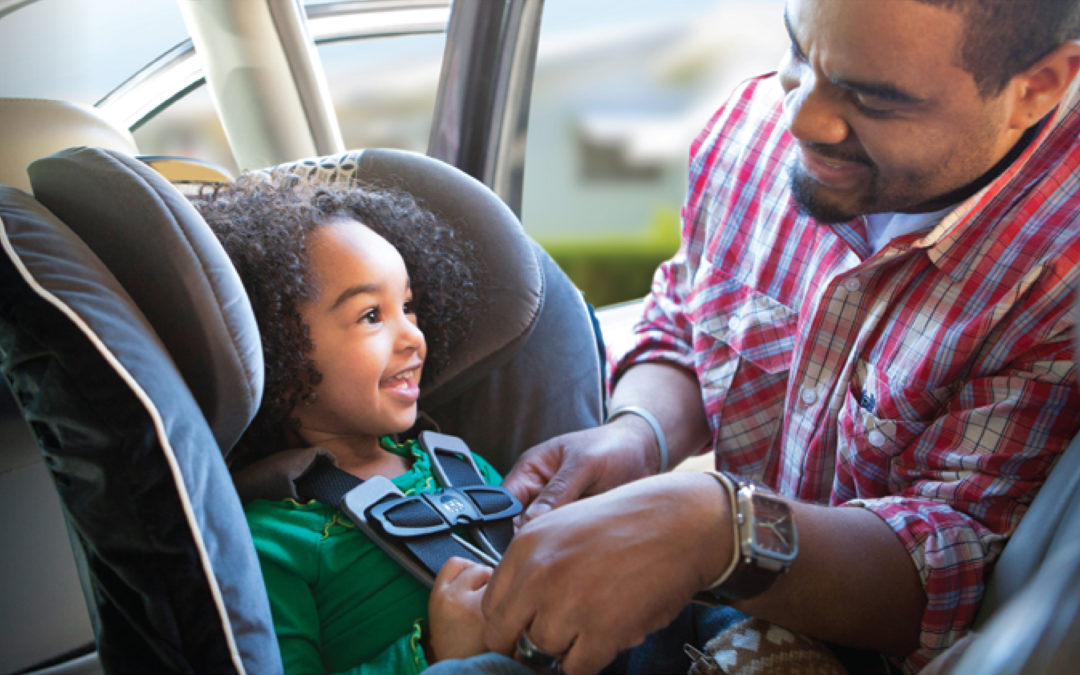 Every day in America, millions of parents and caregivers travel with children in their vehicles. While some children are buckled in properly in the correct car seats for their ages and sizes, many are not — if they are buckled up at all. According to the U.S. Department of Transportation’s National Highway Traffic Safety Administration (NHTSA), nearly half of car seats are misused. To help combat this issue, NHTSA is sponsoring Child Passenger Safety Week from September 20-26, 2020, a campaign dedicated to helping parents and caregivers make sure their children ride as safely as possible—every trip, every time.

“From 2013 to 2017, there were 3,318 children 12 and younger killed in motor vehicle crashes; tragically, more than half of the children who died were racial minorities,” said Reed Richmond, Health Educator at Richland Public Health and a Child Passenger Safety Technician. “Using car seats that are age- and size-appropriate is the best way to keep your child safe.” According to NHTSA, motor vehicle crashes are a leading killer of children. Car seats, booster seats, and seat belts can make all the difference.

Richmond added that, too often, parents move their children to the front seat before they should, which increases the risk of injury and death, even if they are buckled up. The safest place for all kids under 13 is in the back seat. Also, according to NHTSA, 25.8 percent of children 4 to 7, who should have been riding in booster seats, were prematurely moved to seat belts, and 11.6 percent were unbuckled altogether.

“Parents and caregivers want to keep their children safe,” Richmond said. “As Child Passenger Safety Technicians, it’s our job to help make certain car seats are installed correctly, and that your kids are in the right seats and are buckled in correctly. Even if you think your child is safe, check again, so you can be sure that your child is the safest he or she can be while traveling.”

To have your car seat install checked at Richland Public Health, call 419-774-4726, or the WIC Office at 419-774-4560 and ask to speak with the car seat technician. Installation checks usually take less than 10 minutes and all checks are done with COVID-19 safety protocols in place.

“There’s a common misconception that you should go to a fire station, a police station or the State Highway Patrol office if you need your child car seat install checked,” Richmond said. “Actually, local law enforcement does not check car seat installs. The only certified Child Passenger Safety Technicians in Richland County are at Richland Public Health (where we have three certified technicians) and also at Third Street Family Health Services.”

NHTSA recommends keeping children rear-facing as long as possible, up to the top height or weight allowed for their particular seats. Once a child outgrows the rear-facing-only “infant” car seat, he/she should travel in a rear-facing “convertible,” or all-in-one, car seat. Once your child outgrows the rear-facing size limits, the child is ready to travel in a forward-facing car seat with a harness and a tether. After outgrowing the forward-facing car seat with harness, your child should be placed in a booster seat until he/she is the appropriate size to use a seat belt safely. And children under 13 should always sit in the back seat.

Remember to register your car seat or booster seat with the seat manufacturer so you can be notified in the event of a recall. Parents and caregivers can view more information on car seat safety on Richland Public Health’s website. See: richlandhealth.org/our-community/child-car-seat-program/ or see the links at www.nhtsa.gov/carseat.

For the purpose of this document, the following terms and definitions are used: