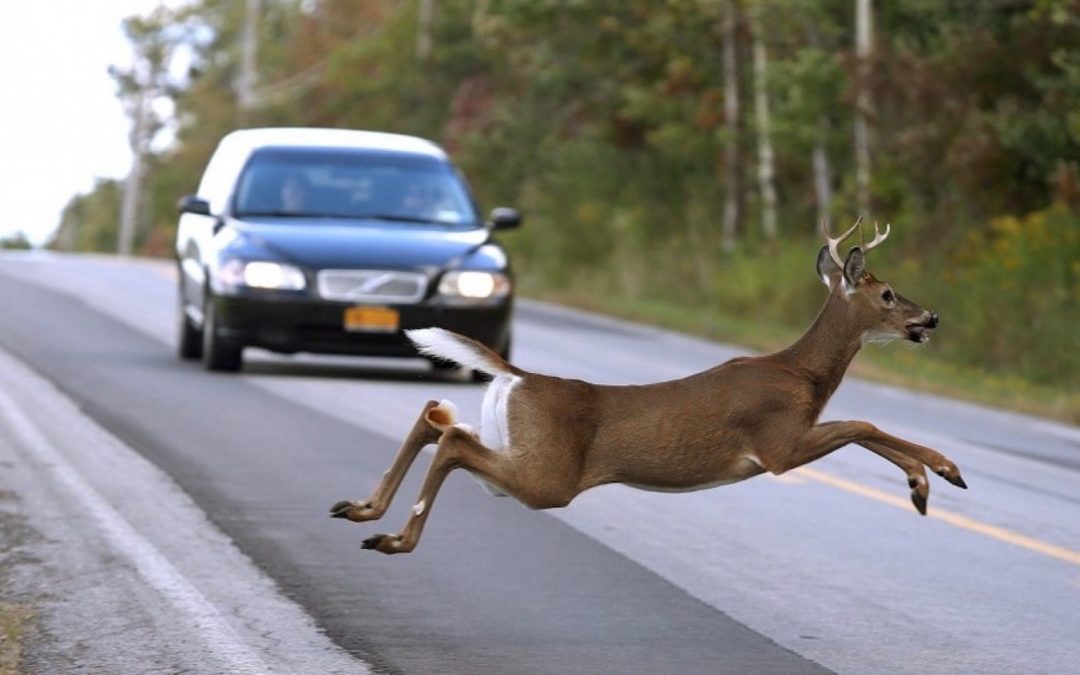 DEER-VEHICLE COLLISIONS INCREASE IN THE FALL

Richland County, OH — Ohio drivers beware. Your risk of colliding with deer increases in October, according to officials at the Ohio Department of Public Safety (ODPS) and the Ohio State Highway Patrol (OSHP). The increased risk is partly due to the fact that October through December is peak deer mating season in the Buckeye state.

Four deaths and 885 injuries were caused by Ohio D-V crashes in 2019. The death is up one from 2018 but the injuries were down by 95. Not all D-V crashes are reported so the crash numbers are probably much higher.

“If there’s a ‘Deer Crossing’ sign, pay attention,” said Reed Richmond, Health Educator at Richland Public Health and an instructor in the AARP senior driver refresher classes. “Those signs are there because they are areas well known for high, and active, wildlife populations. Use extreme caution, especially during these fall months and especially at dawn (5-8 a.m.) and at dusk (6-9 p.m.). Since the deer don’t know any better, don’t think of it as a deer crossing the road. Think of it as the road crossing the forest.”

“If you see one deer beside the road, slow down,” Richmond says. “Deer typically travel in groups, so the appearance of one approaching or crossing a road or a highway often indicates others’ presence nearby.”

According to OSHP D-V crash data, November is the peak month for such collisions, representing nearly 23% of Ohio’s D-V crashes.

Richmond had his own D-V crash in late November of 2016. “It was not a pleasant experience,” he says, “but typical of these crashes. It was dusk in an area where deer are frequently seen and it was raining. It was sudden; I barely had time to hit my brakes.”

Should a collision appear imminent, OSHP authorities urge drivers not to swerve. Colliding with a deer is generally less hazardous than veering into opposing traffic or losing control and running off the road.

How to avoid hitting a deer*