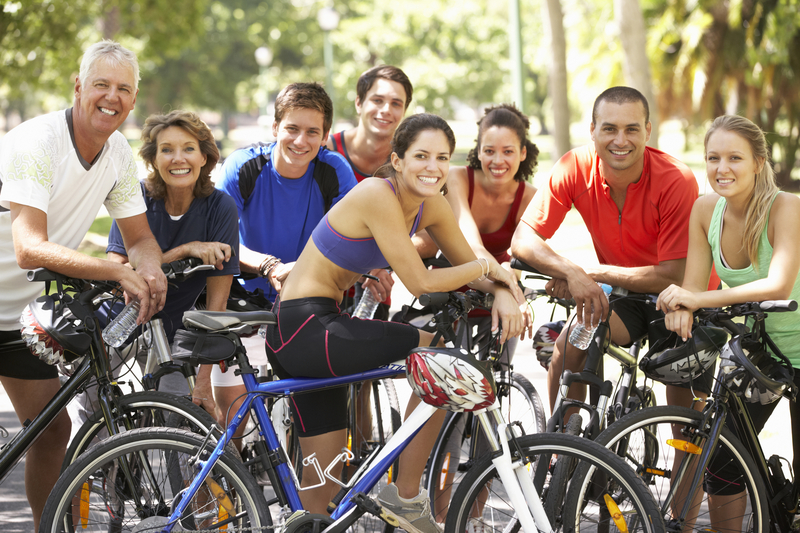 You may have run across this story in the Mansfield News Journal by reporter Zach Tuggle: https://www.mansfieldnewsjournal.com/story/news/2019/06/08/mansfielders-lazy-study-says-yes/1303072001/

In short, adults who live in Mansfield exercise the least of anyone else in Ohio, a recent study has claimed. That determination was made in a report entitled “The Laziest City in Every State,” and was published by 24/7 Wall St., a private research group that publishes articles that primarily focus on business and finance

The company analyzed data from the 2019 County Health Rankings and Roadmaps, a study produced jointly by the Robert Wood Johnson Foundation and University of Wisconsin Population Health Institute.

“There are opportunities for Mansfield residents to get exercise, without having to pay for it,” Richmond said.

On the contrary, Richmond said there are multiple opportunities for locals to stay in shape, more than awaits residents of other cities the same size.

The most notable exercise opportunity is the Richland B&O Trail, which runs 18 miles from Butler to Mansfield, going through Lexington and Ontario along the way.

That trail is usually very busy, according to Thomas Thompson, a Shelby resident who has been biking the trail frequently over the last three years.

“As a kid, I biked everywhere,” he said.

He started biking again specifically to get into shape. He said the trail is easy to access.

“They have parking sections along the way,” Thompson said. “I’d say there’s access about every 3 miles.”

There are also restrooms and drinking fountains along the trail, which Thompson said he’s noticed are typically open throughout the summer.

Although Thompson also bikes a trail in Findlay and the mountain bike trails at Mohican State Park, his favorite will always be the Richland &O Trail.

Last year, he rode the entire trail from Mansfield to Butler, then back again. It was a 36-mile adventure that he finished in a little more than two hours.

“I like to be out here at least once a week,” Thompson said. “If more, then great.”

Richmond said there are several other trails, including hiking trails at Gorman Nature Center, as well as the Mansfield Bike Loop, a nearly 6-mile loop that starts at North Lake Park and makes a big circle downtown.

Close to Mansfield as well are the excellent hiking trails at Malabar Farm State Park where Richland Public Health holds both fall and winter hikes annually. And for winter fun, Snow Trails is also nearby.

Then there’s the parkrun 5K, which is a free, timed run that begins 9 a.m. every Saturday at 9 am at North Lake Park. The event is designed for anyone from competitive runners to walkers who want to get into shape.

“We also have an active ‘Just Walk Richland‘ program (also link up through Facebook: https://www.facebook.com/JustWalkRichland/) where people can find, or start, walking groups in their area,” Richmond said. “There’s also mall walking at the Richland Mall available for anybody no matter what the weather is like.”

Letting people know about the many exercise opportunities available in the city is a goal that Richmond said his office strives to advance daily.

“Mansfield residents may not be taking full advantage of these and many other exercise opportunities, but certainly a large share of the population lives reasonable close to these locations to easily increase their physical activity,” Richmond said. “We are proud of the many opportunities that we’ve created or promoted for exercise and strongly encourage regular walking and biking for fitness.”